Did you watch that before? Well you should and if you did, watch it again. Now as my title mentions, Brent is one of the best skateboarders that rolls around on a piece of wood. He skates how he wants to skate and destroys everything in his path. If you haven’t seen his video portfolio then youtube (or vimeo) has it all so I wont re-post it. I like his Cinegraph part.

Like I mentioned before I wont post more already posted shots/videos. But I do have some of Brent that have never seen the light of day on the internet. I had the pleasure to go shoot pictures with Brent a few times. The ones below I shot with my Nikon F5 from across the street since I was using a 300mm lens. These were shot at Thor’s house in Portland on his 8 foot wide, 4 foot high mini ramp to wall ride back in 2004 or maybe 2003. The first photo is actually 2 photos scanned together and put on one  jpeg.Now its hard to know whats going on here since they are very dark (shooter error —ME- and I cross-processed the film which was a miss too…should have kept it slides)….But as you can see at the top you see some Nike shoes (when Brent rode for them). The one on the left is Brent doing a frontside rock at a top (look up high) of this cinderblock vert wall. He is only at the top of a 7 ft vert section…. ridiculous and so insane to get up there let alone turn back in. And the one on the right is a frontside air that is so high above the tranny ( see it at the bottom). Yep…. Dark photo, I know I suck, but he was shredding this mini ramp so hard, I wish all yall could have been there. I took other pictures of Brent there and they turned out  good but I am going to save those for a coffee table book. 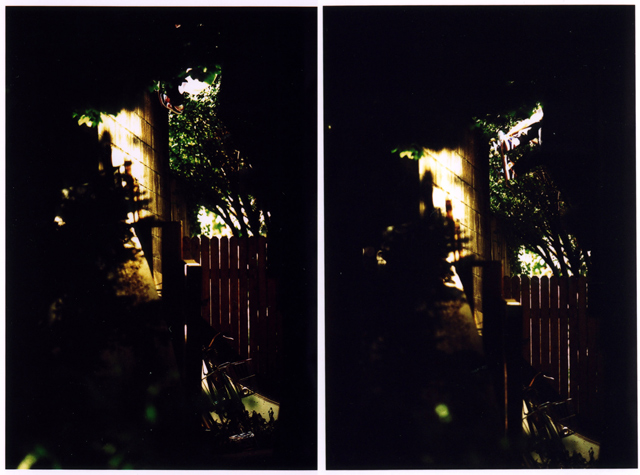 The picture below is Brent just checking out his wheel marks at the top of the wall.  He was thinking “Hmmm, I wonder if I should go to Produce Row now? or nail this frontside rock?……” Actually this picture is kinda crappy too… not like Brent’s skating . Next time your in the Pacific Northwest, I hope you all have the opportunity to see him do a grinder or ollie.And maybe pick up his deck from Tribute. That would be great. 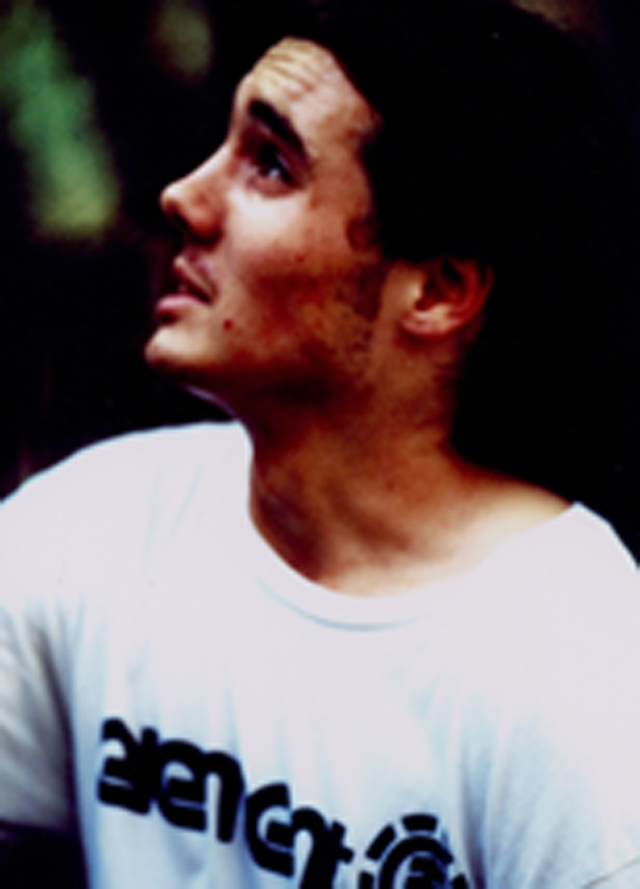