You’ve already heard of Australia’s Modus Bearings, but have you paid attention to their astonishing team roster including Grant Taylor, John Rattray, Colin Kennedy, Andrew Brophy, Luke Croker, Sammy Winter, Chewy Cannon, and a slough of other talented rip riders? Along with the help of Adrian Syben and David Bush, they just released a short video spot with John Rattray. Them bearings roll longtime.

From The Archives: Eric Dressen 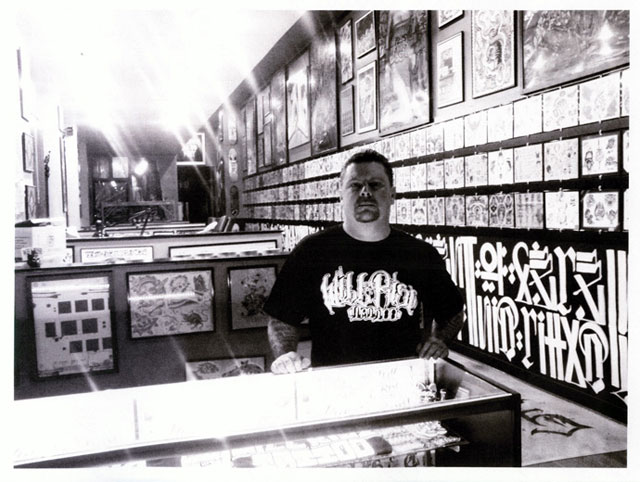 Occasionally I will have the opportunity to photograph someone that I consider a true icon. Not just a legend, but an individual whose presence has been etched so deep into the stone tablets of skate culture that they will unquestionably become a permanent fixture to the timeline of skateboarding. Eric Dressen is damned good. 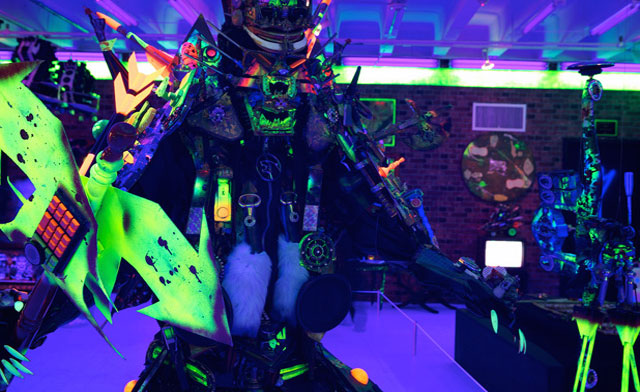 Rammellzee wrote with Basquiat, mixed with Taketo Shimada, played with Buckethead, and inspired the formation of Cyprus Hill. I was completely awed by what the Rammellzee Estate and Suzanne Geiss put together for The RAMM:ELL:ZEE Room at MOCA Los Angeles. If you haven’t already, I suggest you experience it. That dude is radical. Thanks to some sort of generous concession from Banksy’s patrons, you can visit the exhibit without an entry fee on Mondays. Entrance into The Geffen Contemporary at MOCA will be FREE every Monday from 11a:00 to 5:00, June 13 through August 8, 2011.

A while ago I hosted a screening for the film An Island, a film by Vincent Moon about the amazing band Efterklang. This was definitely more than a music/video project, it’s an inspiring look at how important sound is to regional cultures. They are now releasing a limited edition DVD/EP designed by Hvass&Hannibal featuring the photography of Antje Taiga Jandrig and a custom-made cover printed by Stumptown Printers in Portland, Oregon.

The DVD release is limited to 5000 copies and they are all individually numbered. The cover holds 5 postcards and a 35 page booklet with lots of photos and background info written by Efterklang. When ordering the DVD you get the new EFTERKLANG EP ‘Live at Roskilde Festival 2010′ as a bonus! An Island is also available digitally after the Pay-What-You-Want model. Available via anisland.cc.

The Ghost of Piramida efterklang

Permanent is a laboratory and distributing agency for the new generation of premium brands. We offer the finest skateboards, apparel, and accessories from around the world. This blog is a work-in-progress featuring the voices of dedicated individuals who help shape the culture of art, design, skateboarding, photography, fashion, and music. Somehow all of these seemingly separate worlds intersect at ThisIsPermanent.com. We sincerely hope you enjoy.

Todd Richards Is AWSM.COM The Mayor of Beacons Beach takes a minute and choose his top 10 Snowboarders ever and Why?

Former Australian pro-skateboarder  Steve “Teagues” Tierney is showing some of his recent mixed media work in Oaxaca, México this month.  In...

Really wish I could be in California for this – should be pretty epic.  Hoping someone will post lots of images...