Todd Francis has an upcoming mid-day event at No Comply in Austin, Texas during SXSW, hosted by Vans.  Original artwork along with his book, “Look Away” (Wins Publishing), his signature enamel pin by The Rubbish Rubbish, prints from his, “Thanks A Lot” exhibit and a custom t-shirt and mug for this event will be available.

Oh yeah, Todd will be there too so give him a hug, feed him a waffle, pour him a cup of joe and get him to sign something cruddy for yourself. Perth, the capital of Western Australia, is home to one of the best new clothing stores in the world, Lo-Fi. Garth Mariano and Matt Evans of Butter Goods opened Lo-Fi in March of 2014, although Butter Goods has been deeply respected since it began in 2008.

Butter Goods‘ brand strongly reflects the tastes of Garth and Matt as skaters and friends. Champ Magazine recently sat down with them to chat about skateboarding’s awkward relationship with fashion, the inspiration behind the name of their brand, and the accuracy of skateboarders’ bullshit detectors. Check the full interview here. 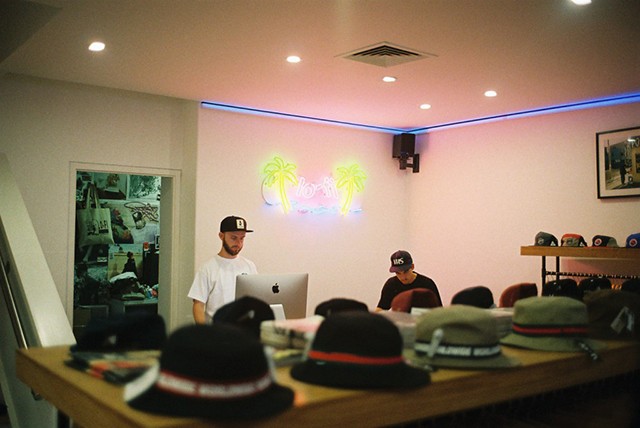 END_OF_DOCUMENT_TOKEN_TO_BE_REPLACED

Mark Oblow has generously donated one of his original art pieces towards a really great Kickstarter… CanPlan. CanPlan is a planner designed to help fight cancer, day by day.  Please visit the page HERE and make a donation as every dollar helps someone in need. If you donate $1500, Equal Dist will send this Mark Oblow signed piece anywhere in the world along with donating 20 copies of CanPlan to a cancer organization to be distributed to people who need this invaluable tool.

Find out more at the link below. Portraiture from Mark Oblow’s, “STUCK TO ME”

Ryan Allan and Kristina Patterson shot portraits for Mark Oblow’s show for his opening of, “STUCK TO ME on January 14, 2016.  For all of the photos, please view www.whatyouth.com

WHAT YOUTH – Mark Oblow’s, “STUCK TO ME” Solo Show

check out all of the photos what youth posted at www.whatyouth.com I’m very stoked to have partnered with the good people over at Denik on these limited edition sketchbooks, which feature my...