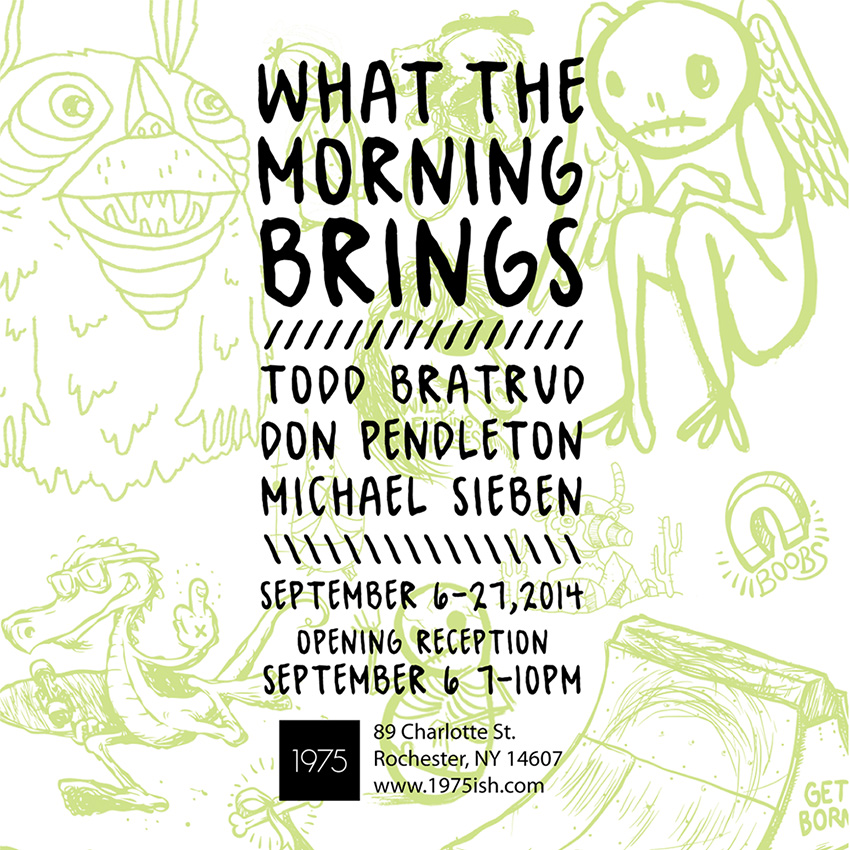 East coast heads – start making tracks toward Rochester, NY where Erich Lehman’s 1975 gallery will be showing new work from three of skateboarding’s finest artists/designers: Don Pendleton, Todd Bratrud and Michael Sieben.  Entited “What the Morning Brings‘” the show will run until September 27 with an opening reception on Saturday September 6 from 7-10 pm.  (Don Pendleton will be in attendance). A trifecta like this rarely happens this side of the Mississippi so get there any which way you can.  89 Charlotte St, Rochester, NY 14607.

Mark Oblow (@markoblow) has been invited as the first American artist to install the 150ft x 12ft mural in downtown Sao Paulo, Brazil for the WallRide Project (curated by Cincoum Agency).

The opening celebration is on September, 7, 2014 (Brazilian’s Independence Day).

Mahalo to Cesar and AJ, Taylor Dunfee and the folks at STANCE.

The WallRide Project was created to promote a conversation, culturally beyond language and geography by extending friendship and partnership through the arts.

Kill the Kool in Oceanside 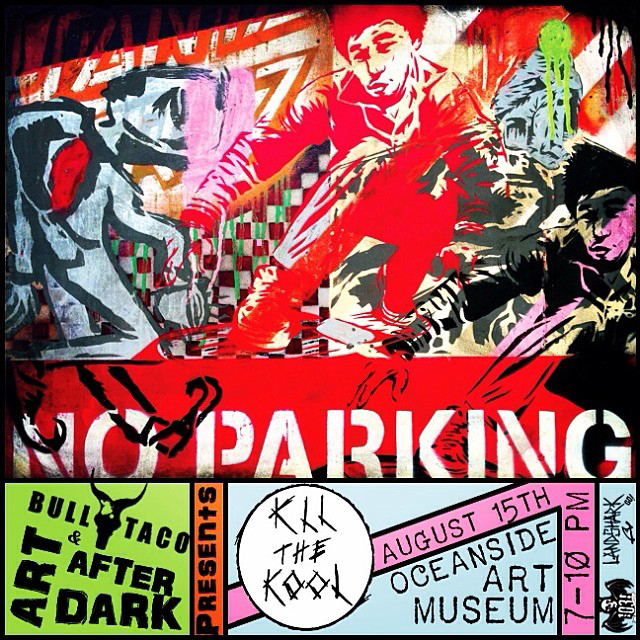 Friday August 15th, Kristian Svitak and KillTheKool.com will be throwing a special one-night only punk rock performance art party at the Oceanside Art Museum, featuring artwork from Jason Adams, Lance Cyril Mountain, Kris Markovich, Mouse, Dave Hackett, Miki Vukovich, Daniel Creadon & Peter Whitley. There’ll be live music from The Fly Traps, The Skatanic Rednecks and Art & Steve Godoys’ Last of the Bad Men, along with some wine and food provided by Bull Taco. Rumor has it there’ll be some fake cops on hand to harass any and all skate rats as well as a spot in the corner to get your head shaved. Sounds like a great time. $10.00 museum members. $20.00 for non museum members (all money from the entry fee will go toward helping out the museum.).  7- 10 pm. 704 Pier View Way, Oceanside, CA 92054.

Mark Oblow’s, “Back Den” Photo Column in What Youth

Mark Oblow‘s been capturing awesome images for years and What Youth magazine has been highlighting his photos from, “Back Den” posting them on the site and printing it quarterly in their magazine. Check it out and read the stories that go with the images from back den…

“Look Away” Book Launch at DLXSF

Brian Martinez and I took some phone photos of the installation we worked on for Todd Francis‘ final Summer book launch event at DLX in San Francisco on July 17, 2014. Many thanks to Winston Tseng (WINS Publishing) for his help along with Matt D., Tory, Brandon, and Quiante (DLX Shop). Also, mahalo’s to Buddah, Alissa and Michelle for their help with taking the show down and to everyone who made it out to this great event.

“Look Away: The Art of Todd Francis” is available at finer shops everywhere and directly from WINS Publishing. Simultaneously happening…outside with Todd’s mural and inside with the installation.

Tommy Guerrero‘s newest album, “No Mans Land” on his eponymous label, Too Good Records, drops this week in the US with a California tour lined-up to start it off.

Check the flyer below for details on the Thursday, July 24th show in SF along with the Friday, July 25th show in Los Angeles.

Click the links below to listen and to purchase a copy of, “No Mans Land” as soon as possible! 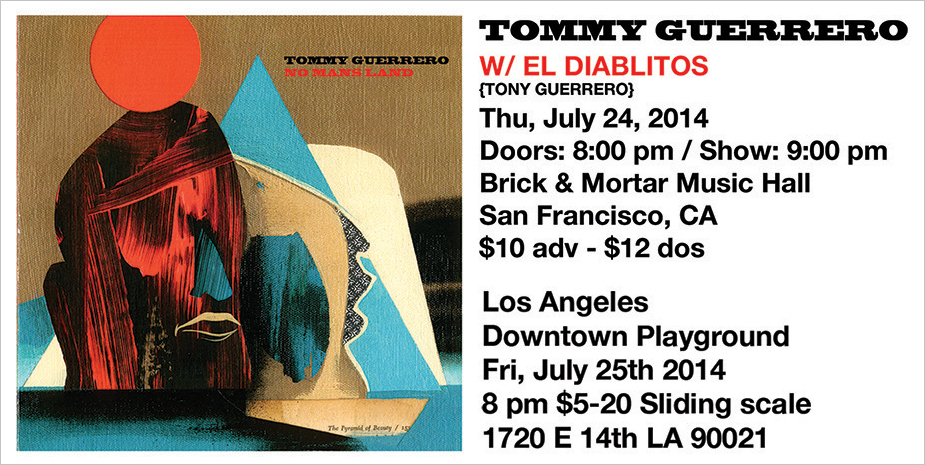 Andy Jenkins, known for his classic comic, Wrench Pilot (under the moniker of Mel Bend) has a Kickstarter project going on until August 8, 2014.

Andy is collecting his illustrations from The Skateboard Mag over the past 7 years from his column, “Chirping In.” The plan is to create a high-quality, perfect bound, full-color book once the goal of $12,000 is met.  The book will be 7″ x 7″, approximately 88 pages in edition of 500. You can contribute towards Andy’s project, ensuring that our skateboard history continues to be captured through quality projects such as, “Chirp.” You’ll be stoked once he sends one your way this coming November when the books are scheduled to be completed.

Check out Andy’s original artwork, prints, and more at the Bend Store.

The newest member of the Permanent family is Format Skateboards, and they will be dropping their first video project...