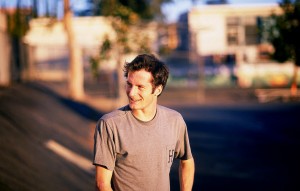 There are skaters who are known for their style on a skateboard and there are skaters who are known for doing big tricks, few are recognized for both. Chris “Cookie” Colbourn is one of those special few skateboarders. Cookie’s unique skills are taking him across the globe and recently landed him a spot on the Element team, read what the humble kid from Vermont has to say about it:

Chris Colbourn: I’ll give you the story as I know it; about 15 years ago my older brother started going to Talent skatepark down the street from where we lived in Vermont. One day he was gripping a board and cut his thumb. He realized it didn’t hurt, so he did it a few more times out of theatrics and got the nickname ‘Cutter’, not emo related at all. One day, a shop employee we called Frookie was trying to remember my name and blurted out “cookie cutter!” and it stuck. Hannah Wood, the co-owner of Talent, claims it was because I always ate the cookies from the snack counter, which could be true too. I like to give her some credit for it, because she and Dave, her husband and co-owner of the park changed my life. That park gave me a place to go skate when it was snowing for like 7 months of the year and I met so many friends there.

VP: Where in Vermont are you from?

CC: I’m from a town called Williston, ten minutes outside of Burlington.

VP:  Were there a lot of kids skating where you are from?

CC: There is actually a really tight skate scene there. My friend Danny Hopkins made some sick videos. This guy Colin Hale from there is a legend in my eyes, he had a big impact on me. My friend Jordan Maxham has always been an influence on me too.

VP: Jordan Maxham is from Vermont?

CC: Yeah, he’s from a town called Barre. We met at a contest when we were 12. He lived an hour away from me, but it’s crazy how common interests can make friendships work.

VP: Did you move to California to pursue the skate dream?

CC: It was 100% to pursue skating. After high school I started sending my footage around and I found a guy on MySpace named Paul Wilson, he started Silent Skateboards. Paul was stoked on me and put me on the team. I told Jordan (Maxham) and our friend Chris Whitaker about Silent, they reached out to Paul, and Paul wanted them involved with the company as well and he offered to buy a house in La Crescenta for the team to live in. It didn’t take much persuasion for me to move at that point. It was the best decision of my life. I don’t know what the hell I’d be doing if I never did.

VP: The Silent Skateboards episode of Double Rock on Thrasher blew us away. It seemed like they had a really solid crew of skaters, but the company went under shortly after that video came out. Do you know what happened?

CC: It came down to money. Paul loved what we were doing, but he had to do him. He really paved the way for us though. I know for a fact I wouldn’t be where I am without him.

VP: How did Element come about?

I always dreamed of having a ‘Welcome to the Family’ ad, and last month it came true, I still can’t believe it.

CC: I was getting boards from Warco and from Dom DeLuca at Brooklyn Projects for 2 years. The former Silent filmer James Buckman and my friend Ira Engram gave my footage to Cole Mathews, the team manager at Element. Ira thought Element would be a good fit for me because I’m ‘from the woods’. Cole texted me saying he liked my style and that he wanted to give me boards, the rest is history. It’s surreal to be welcomed to the team, or welcomed to the family as they call it. It feels like a family. I always dreamed of having a ‘Welcome to the Family’ ad, and last month it came true, I still can’t believe it.

VP: Do you skate with the Element team much?

CC: I try to get out with them whenever I’m in LA. I got to travel with Levi (Brown) and Evan (Smith) across the US last summer. We started in Minneapolis and ended in Detroit, where we skated with Cole Matthews, Donny Barley, Andy Dicker, Todd  Larson and Mike Kershner. That’s also where our van was broken into. We stopped for lunch on our way to the airport to go home, and when we came back to the van, all of our shit was gone. I lost an iPad, all my clothes and a few filled up sketchbooks of artwork, but that doesn’t compare to Cole and the other guys who lost computers and cameras. It was so harsh, but it kinda brought us together in a way.

Detroit was tight though. We explored abandoned buildings, skated a really epic DIY spot, went to this really creepy street with stuffed animals covering houses and clocks hanging from trees, Detroit is weird to say the least. Just watch your back. Your van could get broken into. Everyone I have told that story to has just been like “Oh, yeah, for sure”. The city is slowly coming back. If you have money I would say buy some property there. Actually I would say buy property here in Dubai.

VP: Yeah what are you doing out there?

CC: I’m here in Dubai making a film with Brain Farm. We went to China, we took a 7 week RV trip around the US, then we went to Spain, and now we’re in Dubai. After Pretty Sweet, Ty (Evans) decided to take a different route and make a film that no one has done before. He wants to show people who don’t know about skateboarding that we are doing more than destroying property and making noise, that we are really making art, making new relationships and experiencing new cultures. Everything is filmed with RED cameras. The plan is to make a one of a kind film that’s seen in theaters around the world.

CC: Ty is a really mellow down to earth dude. Skating in LA with Ty doesn’t happen as much as I’d like, for he is a busy man. But when travelling with him, skating becomes incredibly productive. I’m my most productive with him on trips, when we can try tricks for hours until we get them. A lot of people turned him down for this project because they have other sponsor obligations and stuff. Luckily I have been open to all he has asked me to be a part of and it has brought me pretty far.

VP: We heard that the Crown Prince of Dubai is backing you guys, is that true?

CC: The Prince of Dubai is a fan of skateboarding. He wants people to see that Dubai is more than a business opportunity. Some of the prince’s right hand guys rolling with us. They tell security to stand aside. It may take an hour to convince them and get the right paperwork, but we haven’t been kicked out of a spot once. It is so surreal coming from LA.

VP: Yeah I imagine filming for Illegal Civilization 2 was a little different.

CC: (Laughs) Yeah, a little bit. Brain Farm is a huge production with call times, 3 camera operators on the shoot, and usually a helicopter involved. Filming for Illegal Civilization 2 was hopping in a car with my friend Mikey whenever we get up to go film at some cutty spot on a side street. Mikey is smart about knowing when to film, he always has the camera out, so he catches everything.

Watching movies is tight, but it’s nothing I can look back on in my life and see growth.

VP: Aside from skating, we heard you’re into painting.

CC: Skating all the time and getting broke off, I found myself sitting at home a lot. Watching movies is tight, but it’s nothing I can look back on in my life and see growth. I like acrylics, whether it’s brush strokes or seriously just throwing paint and watching it drip. My room is starting to fill up with objects I find on the street I take in to paint on.

VP: What’s the deal with Louie the street cat?

CC: Louie is our street cat. This little guy lives outside of the Silent House. We would always feed this street cat and now he just lives outside of our house. He’s a little mangy though, he’s got some battle scars. you know, he’s an LA street cat. Louie is always in funny positions; on the hood of a car, on in the bushes, or on the grill. I just had to make him an Instagram.

VP:  How did you get in so tight with The Berrics? You are all over it these days.

CC: The Berrics plays a large presence in skating right now. I don’t know a ton about it. The Berrics is a mystery, but I love it. They have been really good people to me. It all started with Mighty Healthy giving me the go ahead to film a Bangin’ at the old park, which allowed me to meet more people who worked there, skate there more, and eventually I filmed an All Eyes On with Prince GiIlcrest. That was really big for me. I am very honored that they put that out. It’s crazy seeing my name all over that website. Shout out to Berra, Koston and Chase. I really wanna skate with Weezy in there though.

VP: Chris this is perfect, thank you, you wanna give some thanks?

CC: I first wanna thank my parents, Nanch & Mike, and my brother Ben. I also would like to give genuine thanks to the rest of my family, my friends, Cole and everyone at Element, everyone at Mountain Dew, Satori, Symptoms Collective, Keith Hufnagel, Tyler, Cichy & everyone else at Huf, Ray and everyone at Mighty Healthy, Hannah and Dave at Talent Skatepark, everyone at the Berrics, Dom DeLuca and Brooklyn Projects, Ty and everyone else at Brain Farm, all the people who shoot and film me and anyone I forgot I’m sorry but thank you so much.

Village Psychic is a Brooklyn, New York based skate blog focusing on the past, present and future of skateboarding.

View all of Village Psychic's posts.