Artist/Filmmaker Thomas Campbell is a personal favorite of mine and I’m super excited to check out his latest film, Cuatro Sueños Pequeños, which is now available for pre-order and features the stylish skateboarding of Javier Mendizabal and Madars Apse.  Visually, it looks amazing and pretty surreal. Peep the trailer above and pre-order the special DVD/Book here.

About the film (taken from Um Yeah Arts):

UM YEAH FILMS Presents – “Cuatro Sueños Pequeños” (four small dreams) – A skate film – Visual Audio Experiment by Thomas Campbell. This 23 minute movie was shot entirely on 16mm film in a dream scene scenario that blends reality, surreality and a skate adventure starring Javier Mendizabal and Madars Apse. This film captures Javier Brushing his teeth,slobbering on his pillow, bedding down with a beautiful brunette. Also Javi running into Madars Apse in his dream, they skate over volcano’s,thru the woods and into cities of Spain,The Canary Islands,Mallorca,The Basque country and California.This film has a completely original soundtrack by the critically acclaimed Basque super group “Chiwoks”.And besides the usual unusual camera perspectives you expect from a Thomas Campbell film. French Fred is also is on board Lending his iconic visual wizardry to this cauldron of the bizarre, beauty and gnar.

The Cuatro’s Movie – DVD comes in a 9.25 x 6.25 inch, 90 page hardcover,cloth spine with premium art book printing. 14 pages and the cover for the film are illustrated by Nathaniel Russell. With the book being  photography based – with a stellar gang of shooters – Brian Gaberman, Sem Rubio, Fred Mortagne, Antton Miettienen, Arto Saari, Todd Glaser, Rip Zinger and Thomas Campbell. 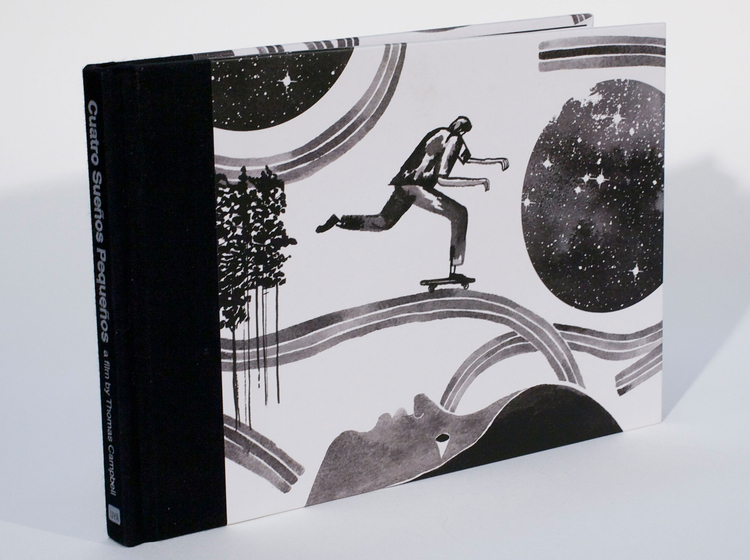 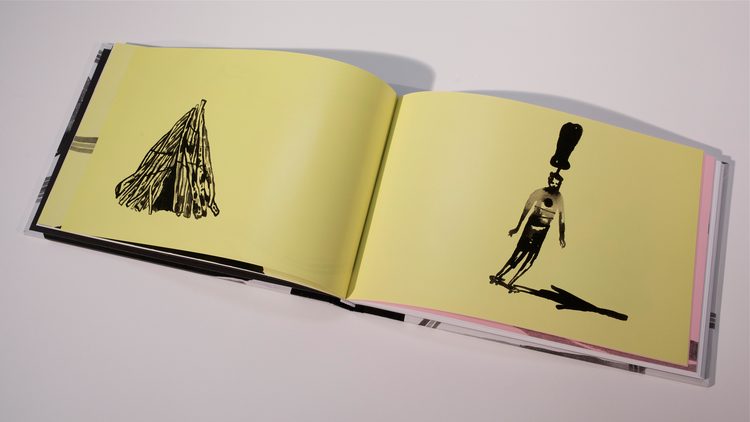 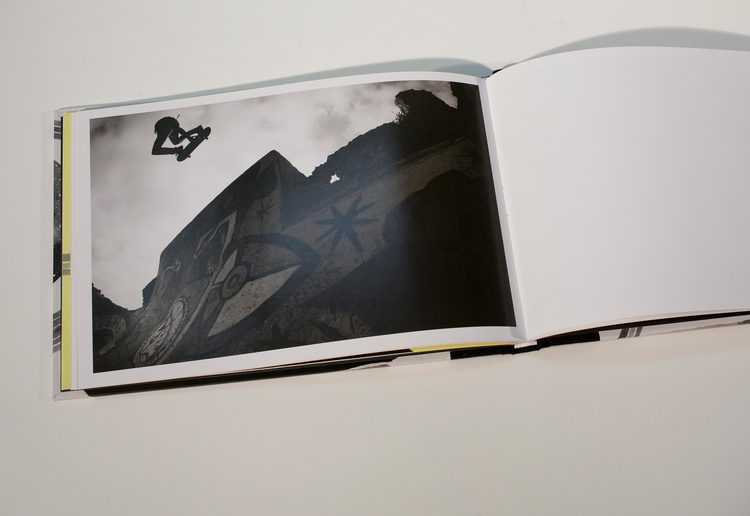