So as the title suggest. One of the best bands ever to grace us with sounds, The Melvins, are about to head out across the US for a 30th anniversary tour. I first saw them in 1991 in Olympia, Washington when they played outside in a park at the International Pop Underground Convention. It was nice and sunny and  they played a sweet soundtrack to the picnic crowd. It was loud and heavy and perfect for digesting egg salad sandwiches. Ever since then I have been a huge fan and have seen them live more than any other band and each show has been great. They are one band that is constantly evolving and growing and I really appreciate that. No one wants to be stale and stagnant. For the past few years King Buzzo and Dale has joined forces with Jared and Cody of Big Business. Now with 2 drummers they are really killing it. From what I have read on the internet, Jared will be replaced on this tour with Jeff Pinkus from the Butthole Surfers ….which will not be a bad thing at all…

With all that said…..I would strongly recommend getting off the couch for a night and get off to your local club when they visit a town near ya. 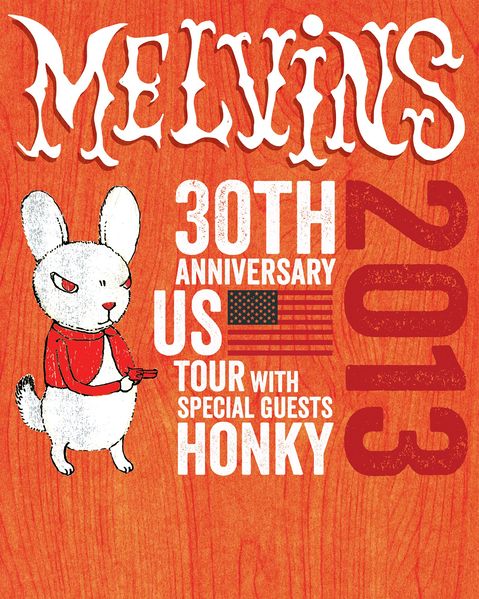 Watch this rad interview with King Buzzo himself.

And here is one of my favorite songs by Portland Oregon rockers covered by them. Wipers …Youth of America